Suckling pig chunks are one of the most simple and delicious dishes in traditional Segovia cuisine. Would you like to learn to make it?

Suckling pig chunks, or what we traditionally call suckling pig cochifrito, is a traditional dish of small, juicy pieces of suckling pig with just the right amount of rind that when fried crunches in your mouth in the most delicious way.

One of the most important things to bear in mind when making cochifrito is that, in order to make the pieces juicy, you need to cook the meat twice. First of all, in hot oil over low heat, let the cochifrito release all the water, which will take about 15 minutes. After this, take out the meat and garlic from the frying pan and drain it. The second time around is when we really fry the cochifrito, in fresh oil.

When it’s fried and crisp, take out all the pieces and the garlic and bay leaf, put them on a dish and sprinkle them with plenty of fresh parsley.

If you want a complete meal, serve it with a refreshing salad, complemented by something acid, such as some well-dressed, good quality tomatoes.

Nobody will be able to resist the temptation!! 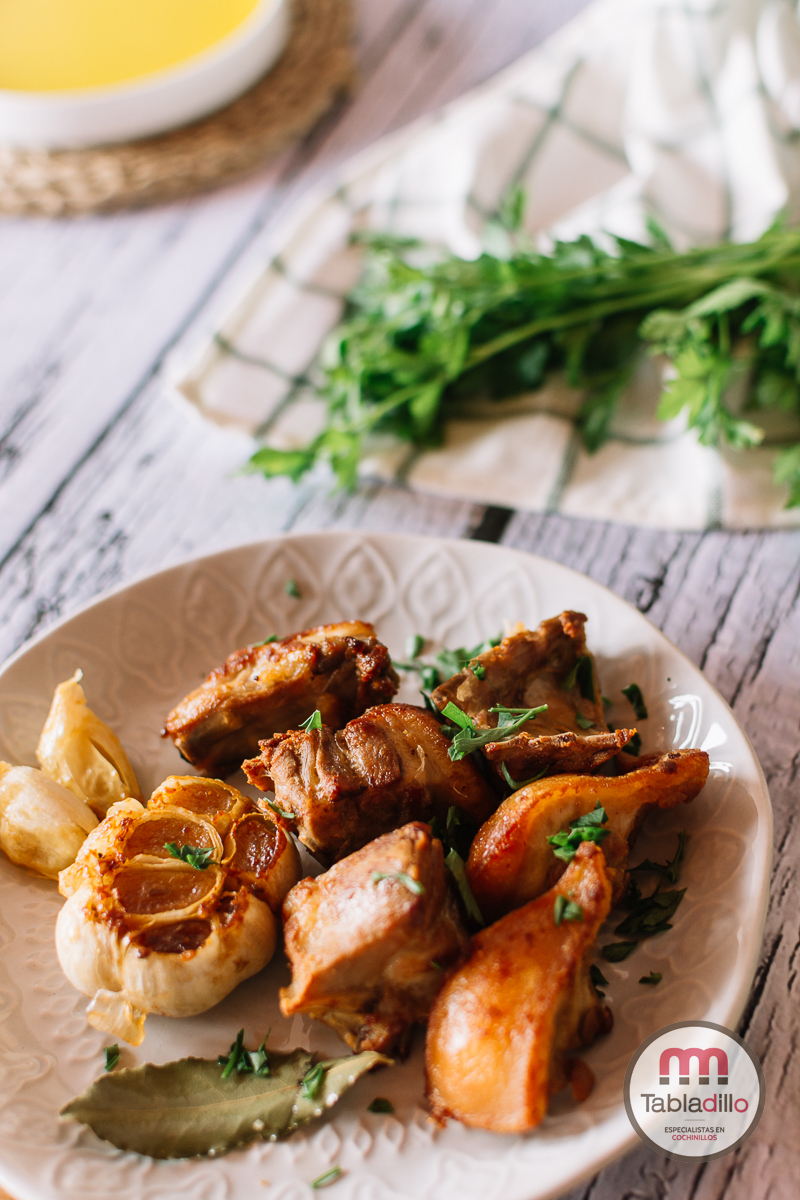 You can find suckling pig cochifrito in our on-line store:  http://www.tabladillo.es/producto/cochifrito-de-cochinillo/ 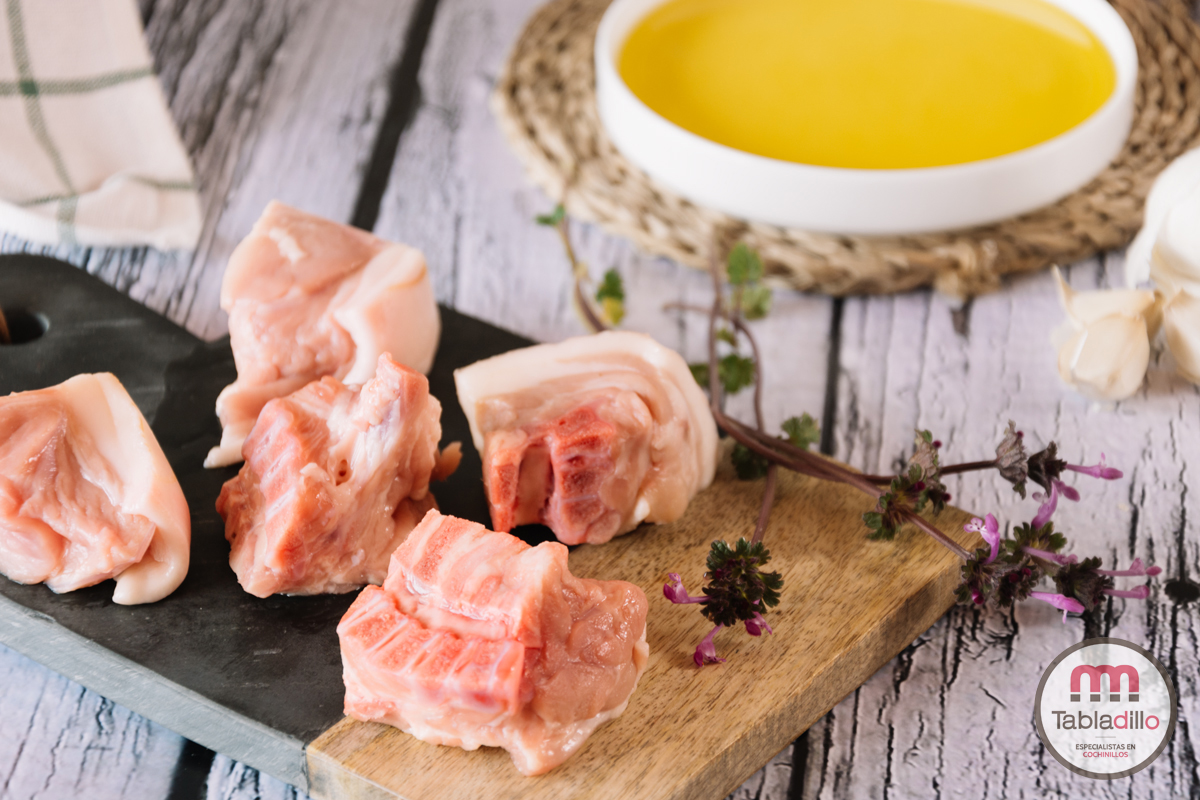 Put plenty of oil in a frying pan on medium heat and add the head of garlic cut in half crosswise, together with the salted chunks of suckling pig, which must be covered by the oil.

Leave the meat to sauté on medium-low heat so that it cooks slowly until it is juicy and tender, which will take about 30 minutes.

Take the pan off the heat and let it rest until it is time to finish it off.

As an option, you can add some sliced garlic to the final step so that it becomes crisp and adds a delicious touch to the dish.

Wok with suckling pig and mix of vegetables

No images found!
Try some other hashtag or username

This error message is only visible to WordPress admins